The last time I saw a movie at the movie theatre was five months ago and the new Star Wars.  As much as I love Star Wars I don’t even remember what it was titled and don’t think it really matters anymore; Disney now owns Star Wars and I expect there will be one movie after another until the end of time.  These movies will also be supplemented with Star Wars on Ice, the Star Wars ocean cruise, the Star Wars rides at the theme parks, and on and on and on.

But the ‘Disneyfication’ of Star Wars isn’t the main subject of my post. It was the previews I saw before the movie which got my attention: every single movie was about fighting.  There are some characters and these characters do some things but then what they do is threatened and so they must run around and fight the threatening thing; and so they run around for about an hour and a half saying lots of bad words, running around some more, there are some explosions and then they win.

Then the next preview comes on which also has characters, but these characters and the situation is different; they too must also run around and fight and say the same bad words and there are some explosions and then they win.

And so this continued and all five or six previews were about fighting.  The final one was about aliens and of course the humans have to fight them and of course the humans win.  I thought to myself that I’d really like to see a movie where the aliens impart great knowledge on us and we realize that we are little more than advanced monkeys in this extraordinary universe. Then all the religious types can come and protest the movie because humanity is made in the image of God and thus this movie implies God looks like an advanced monkey which of course is heresy and the directors should be crucified and then burned and then left at the city gates for a period of three weeks to warn others to not make movies that suggest God looks like a monkey.

But then perhaps there shouldn’t be movies that get religious people so upset. Perhaps the movie can still be about fighting but be a bit more realistic.  And so, if aliens really did make it to Earth from hundreds of light years away then our technology and weapons would be no match for theirs and we would lose the fight in a  matter of minutes or even seconds!  It doesn’t matter how long the human characters ran around, yelled things, blew up some stuff or how many bad words they said because they were really angry and when you’re angry and fighting you should say a lot of bad words because it makes you seem tough because tough people need to say F*** a lot cause it helps them win the fight better. No matter how many bad words they say or how long they run around the aliens are still going to win without even having to say one single bad word!

And so, I thought about all this fighting and how our society likes to fight everything.  We fight the war on drugs, we fight obesity, we fight crime.  In school the teachers say violence is bad and we should resolve things peacefully and then you step outside of the school and none of it is true.  Our society likes violence but if we were to acknowledge it, it would be bad and we don’t want to be a bad society.  So we buy more guns and watch more MMA or whatever violence is on that awesome HBO show with lots of sex too.  Cause violence and sex titillate us a lot but we shouldn’t think about that when attending church on Sunday.  The violence and sex is only for weekday nights after the kids have gone to bed because violence and sex are for adults only; except on Sundays when we shouldn’t think about violence and sex unless it is about the crucifixion of Christ or how Mary was a virgin and didn’t have any sex at all.

And if all the real violence weren’t bad enough we now have Batman fighting Superman and Ironman fighting Captain America.  The world no longer makes any sense – and the movies, having abandoned sense a long time ago has gone completely off its rocker.

I don’t even see why Superman fighting Batman needs to take up two hours.  Of course Superman would win even if Batman pulled out his most expensive gadgets.  And the only way Superman can be beat is with kryptonite but even if Batman had kryptonite couldn’t Superman just hit him with his eye beams from really far away because I know for a fact that Superman has to be close to the kryptonite for it to hurt him.

And I still don’t know why Captain America is punching Iron Man.  Iron Man is in a suit of Iron and if you punch it is going to hurt your hand.  You’d think Captain America would be smarter than that and use some other method, perhaps an electric weapon that disabled the electronics in the suit; but no, Captain America goes and punches Iron Man because raw, stupid violence is what the movie goers want to see.

And then yesterday I saw some people posting a fight between the Blue Jays and Texas Rangers baseball teams.  In baseball grown men need to hit the ball and then run around and they too sometimes say bad words which happened yesterday after some violence.  Someone was hit by the ball instead of hitting it and another guy slid too hard at another guy and this isn’t nice so all the grown men need to go punch each other.  And this is something the fans really like so they post it on social media and make comments like “what a great sport!”

Final thought of the day:

The core value of American society is money.  Violence and sex make a lot of money.  The Puritan strain that runs through society tells us violence, sex and greed are all bad.  Therefore, we should do our best to only watch the violence and sex after 8:00 PM and to deny we do it at all on Sunday.  As for money, that is necessary because how else would we as society pay for the violence and sex.  And guns, don’t forget the guns. 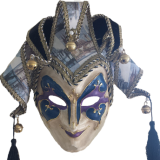